We travel to discover the new, the imagined, the exotic and the enlightening; we know that on our return we will have changed in immeasurable places; in our thinking, perhaps our attitudes, certainly in insight and probably in intent. 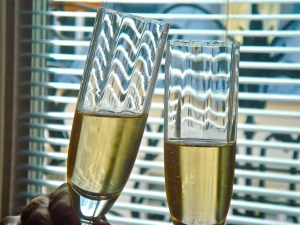 It has probably never been so easy to slip into the biorhythm of a new city as it is today, all the uncertainties removed by the Net, right down to a street view of the road that will be home for the next week or so. The shuttle service is confirmed and paid for a week before departure, all that is required is to wait, albeit patiently, outside porte quatorze, Departure Level, in Charles de Gaulle airport, one of the daily 200,000 passengers who pass through these gates, these portes. It has all been clearly detailed in the confirmation letter, there is no hesitation about where to go, what to do.

Cecile is waiting with the apartment keys, the beds are freshly made, there is coffee and sugar in the cupboard; and the sofas are plump and inviting in the living room where two orchids bloom in the sunlight slanting in through louvered doors open to the narrow balcony.

Yet, the first thing one does is to access wi-fi, set up computer and phones and connect to all that you desired to be distanced from for a fortnight, or at least, that is the reason for the holiday. But the need to know, to stay connected is stronger than the need to be free of unnecessary mail, notifications, tweets; the big and small details of other lives while you seek simplicity in your own.

But this is not an option, connectivity, it helps you find listings, phone numbers, book a meal, tickets for a show, confirm trips, map routes. The Hotel de Ville Metro, you jot down, cross Rue de Rivoli and take Rue du Temple, turn right on either Rue Pastourelle or Rue Bretagne and you are on Rue des Archives. So, your first venture outside the apartment and you are walking like a resident, a familiar, no hesitation, almost Parisian. Oh, the confidence, the comfort.

The Metro in Paris, the Underground in London; again a world of the familiar; red, green, orange, blue and yellow lines, simplicity beyond comprehension in a new and unknown city six or seven time zones away from the familiar. Your day, your time, your destination – points on a grid – an efficiency and speed of inner city travel that adds immeasurably to the carefully thought out, drawn out plans made months and weeks in advance.

And soon, effortlessly, you are at a different sidewalk café every morning, for your petit dèjeuner of café au lait and perhaps a tartine, or oeufs any way you want it. You have bought the day’s newspaper from the disabled man at the stand at the intersection of Rue Rambuteau and Rue Beaubourg and the daily bon jour concludes with an au revoir exchanged with smiles and some affection.

Dimitri from the Greek traiteur recognizes you with a nod, Café Charlot is indisputably better than Café Journaux, and the buttered escargots at Le Trumilou are to die for. The baguettes from the boulangerie on Rue Rambuteau are better than the croissants from Rue des Francs Bourgeois and in four days, you feel at home, a stranger no longer in Paris, four days and the links have been established, the people familiar, the Rues grist to your mill.

Would you shop ? Yes perhaps for cheese and wine and foie gras. But retail/fashion signage is the same everywhere, from London to Dubai to Paris to Hong Kong to Singapore – Louis Vuitton, Chanel, Tiffany, DKNY, Hermes, Ferragamo, The Body Shop, Bata (yes, on Rue de Rivoli), Zegna. The interstices, the intervening spaces between Rue de Rivoli in Paris, Orchard Road in Singapore and Bond Street in London are marginal.

Oxford Street, London, in summer, a shock. Is this India, East Europe, Lebanon, the Middle East, America ? Edgware Street could be any road in Bombay. Many of the faces even look familiar, there is a dominance of the East and the thought does come to mind : The Empire Strikes Back.

Colonies, the colonized, first financed these buildings, this grace and grandeur, then took away jobs (that reviled word, outsourcing) and are now pumping money back through tourism and ownership, and when a fire alarm goes off at 2.30 a.m. in the morning, the shuffling crowds in the hotel corridors are Russian, American, Middle Eastern, Spanish, Italian, East European and Indian. Amidst the shuffling melee, it is a surprise to hear a crisp, propah and young British accent rising above the murmur : Grandpops ! So you haven’t been fried to a crisp yet ! The apoplectic, offended, mutton-chop mustache response from a bald, fat, perspiring man in a quilted dressing gown provides light relief.

3.00 a.m. and we are wandering Oxford Street in our pajamas, and how much more at home can one feel, how much more familiar with the kebab and felafel and the swagger of the tourist ? 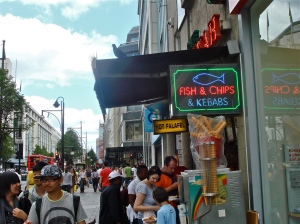 Brick Lane and South Bank, Charing Cross and Regent Street, Piccadilly and Trafalgar, Park Lane and Hyde Park, Strand and Bond Street … one can’t but help feel this is an Empire diminished, or perhaps it is all that connectivity … the online reports about the economy, government measures, outraged opinions and outrageous suggestions from the public on how to curb spending and save Britain.

The clash between perception and reality. The Big Ben, the bowler hat and the cockney accent has been replaced in many parts, so what is – or was – the real London ? A city divided by poverty, class, ethnicity, a series of different villages; areas like Bloomsbury or Smithfields continue in sharp contrast to the ghettos of Oxford Street. A visitor brings his or her own zeitgeist to the place he travels to, images, perceptions, fantasies, expectations built on hearsay, from books, pictures, media. Do residents assume the mythology of a place so it all appears, feels like an endless television reality show ?

To travel is to see and experience and come alive to possibilities and alternatives – from the obvious such as food and dress to the metaphysical and the philosophical – is this how we want to live our lives ?

If I could, now that I am back, what would I like to see changed in my life, in my world ?

The chance – however rare – to be able to sit on a sidewalk on a weekday morning, by the river, with a few books or prints to offer the passer by, and while waiting for the sale (or not), to be able to read a paper, the day’s news, somebody’s opinions, while the drift of the gull on the steady breeze off the waters is a movement felt and not seen. Multi-tasking is a word, a concept – a way of life that I would slough off, at least one day a week.

The company of dogs, as in London and Paris; in a café, on a bus, in the metro, on the sidewalk, in the park. To witness every day, the companionship, love and utter trust between man and beast, the sharing of time, space, food, routine.

To sit on a sidewalk with a glass of wine or a coffee, with a loved one, friends, or a book, and watch the world go by as everyone seems to do in Paris, there is no café empty, no sidewalk silent, no seat unoccupied. The sun turns the wine golden, the steam off a coffee is a spiraling curl, the conversation is earnest and the garçon is attentive, yet not. 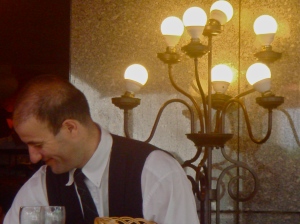 Buskers. The chance to encounter song in the most unexpected of places, Ave Maria on a flute, haunting, drifting down the passages of the Bond Street station, a tuxedo-ed cellist on the Pont de Neuf over the Seine at sunset, a bilingual belting out Simon and Garfunkel at night, lamplight golden about him. 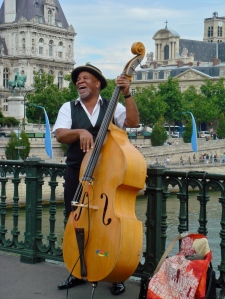 Free concerts in squares and parks. The energies of people, music, talent and technology that soar above streets and traffic and pedestrians, infusing the air, the ordinary walk home, the stroll, with a vibrant joy of being.

And lastly, the grace of language and inflection, however cursorily rendered. The attempt to be polite to a stranger, a foreigner; the courtesy to take the time to understand, to enquire, to decline. Je suis désolé madam, said the lady on the phone; she was unable to speak enough English to give me details of a concert – Mozart’s Requiem – that was being held in the Church of St. Germain des Prés. She was not being apologetic; rather, she was formal, polite, firm.

Is terminé ? the lady behind the counter at the boulangerie would politely, patiently offer while I made up my mind – so many tarts, pastries, tartines, croissants, baguettes and breads – as the queue of Parisians rushing-off-to-work and grabbing-breakfast-on-the-go lengthened behind me. The exquisite politeness of a mistakenly dialed wrong number : I think you have the bad person.

This is the experience of travel: a person, the street, an occasion, reflections. 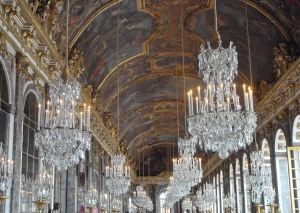 Not to mention nuggets of information acquired along the way : from Paris and Versailles I learn that the raising of a glass of champagne to celebrate or salute, the wearing of high heels, the value attributed to diamonds – all these, are the legacy of the Sun King, Louis XIV, who introduced style and extravagance to the modern world as we know and live it.

In London, Greenwich, I learn that every hour of difference in time translates into fifteen degrees longitudinally, thus, Singapore (or at least the Singapore Science Centre) is located at 103° E. With my new-found knowledge, I ask, shouldn’t that be 105° E ? 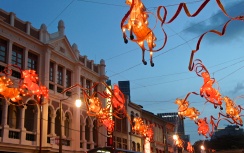 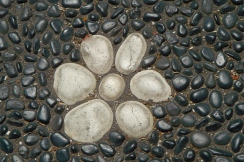 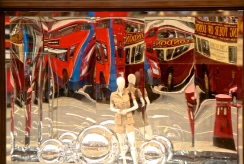 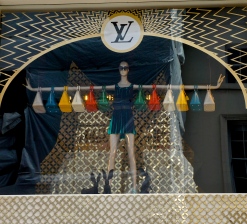 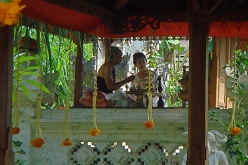 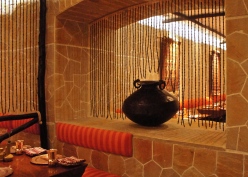 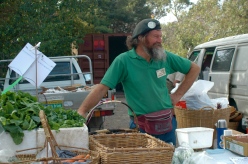 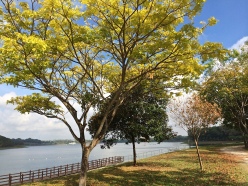 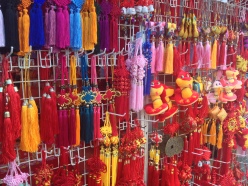 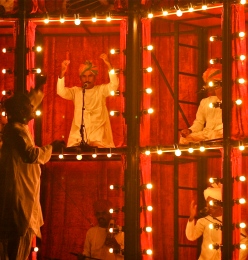 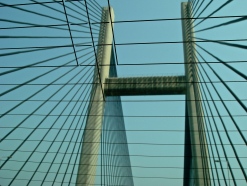 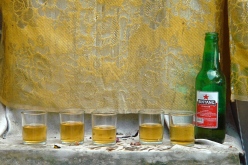 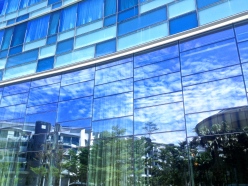 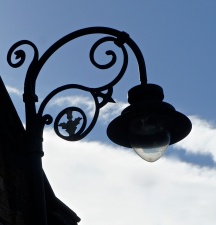 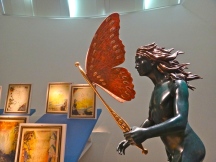 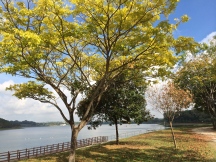 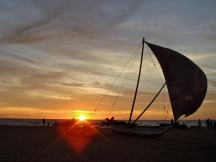 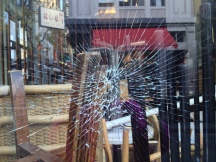 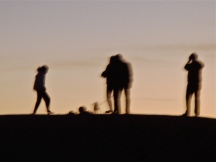 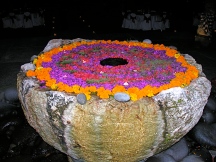