Simply put, this is vertical farming.

You recall the plot line. To survive, botanist Mark Watney, stranded on Mars, has to grow

his own food in a place – in this case, a planet – where nothing grows. He does it, and we see it as the ‘future’ of things (or agriculture), but the fact is that it is not new to us earthlings.

Ecologist Dickson Despommier put forth his concept of the ‘vertical farm’ at Columbia University in 1999, as a viable method to promote mass cultivation of plant life for commercial purposes in skyscrapers.

Each floor will have its own watering and nutrient monitoring systems … sensors for every single plant will track how much and what kinds of nutrients the plant has absorbed … DNA chip technologies will detect the presence of plant pathogens by simply sampling the air and using snippets from various viral and bacterial infections … a gas chromatograph will tell us when to pick the plant by analyzing which flavenoids the produce contains. These flavonoids are what gives the food the flavors you’re so fond of, particularly for more aromatic produce like tomatoes and peppers. These are all right-off-the-shelf technologies.

Seventeen years later, vertical farms are not concepts for debate and study.

They exist all over the world in various forms and sizes – hydroponic, greenhouse, combinations of both or neither; perfect for herbs and salad greens which are grown in layers, on racks, in under-utilised urban spaces such as warehouses and commercial buildings.

These thriving  environments are the opposite of everything we associate with farming – no natural light, no soil. Harvested in a fraction of the time it takes with traditional methods. The injection of fertilizers, soil amendments and other water-soluble products into an irrigation system (fertigation). Larger quantities produced in less space, with shorter growth cycles. Reduced use of water and fertilizers. No pesticides, herbicides or fungicides. No dependence on weather conditions. No genetic modification. Less spoilage. Closer to markets and consumers.

Proponents talk of a very small carbon footprint because of reduced environmental impact – the conservation of water and nutrients and the lack of emissions and pollution. Naysayers point out that the additional energy required for every aspect of vertical farming far outweighs its benefits, which is primarily location. Investors view vertical farming as an area with possibly a ‘massive long-arc potential for growth’.

Benjamin Swan and Martin Lavoo, co-founders of Sustenir, are passionately invested in vertical farming that delivers straight into the heart of demand. They own the global patents to the design and fabrication of a system of computer controlled micro-climates where individual rooms or sections grow curly kale (origin, Holland), Tuscan kale (origin, Italy – and they are the only ones in the Asia Pacific region growing Tuscan kale), arugula, micro greens and cherry tomatoes.

Kale is perennial, and Sustenir produces multiple harvests. Theirs is production on the shelf, the ability to eat straight off the plant and the promise of crisp freshness for up to three weeks when the produce is refrigerated. Given that harvests are not dictated by  market demand, the kale is available at its peak freshness, neither overgrown nor fibrous.

I regularly purchase Sustenir kale and I vouch for this – their product exceeds their promise.

Sustenir vegetables photosynthesize by absorbing light from specially designed LED lights and are tube-fed with nutrients. Carbon dioxide is introduced through the air-conditioning ducts. Temperatures in the rooms range from 14 to 24 deg C. Produce is harvested in twenty one days – less than half the time required by traditional outdoor farms.

With virtual, constant monitoring of machines and growth performance, wastage of produce has been contained to between 2% and 5%, with zero wastage of valuable resources like water and zero impact on the environment, compared to traditional farming.

Sustenir claims a 100% success rate on the germination of their non- genetically modified vegetables with their patented, modular, vertical stack infrastructure. According to Ben, they have achieved 118% space efficiency  and a 33% reduction in light consumption, base-lining today’s best in quality vertical farms. Just 3 people harvest the 54 odd tonnes of vegetables they produce a year in their 4,000 sqf facility.

The direct injection of carbon dioxide into each room to control photosynthesis. Double reverse osmosis and carbon filter water purifiers.

A fetish, almost, on keeping their nurseries uncontaminated – no air from the outside is permitted in, therefore no haze, pollution or heavy metal particles come into contact with the growing plants. Mandatory jump suits, hair and shoe covers, hand sanitizers, gloves. Air showers before each entry, before you pass the seeding machines, through segregated climate controlled microcosms, past cherry tomatoes, micro-greens, arugula.

Ben explains that Sustenir is the outcome of a hypothesis of method and design that began as a tabletop hydroponic system. It was validated through multiple iterations before it went into production. They experimented with air (flow, temperature, humidity, carbon dioxide), light (wavelengths, frequencies between reds and blues, optimal power consumption) and water (temperature, the PH factor and supply) before the process was globally patented. Singapore is their flagship facility and proof of concept, and their focus is the Asia Pacific market.

To quote Mark Watney (from The Martian) : They say once you grow crops somewhere, you have officially colonized it.

This, then, is just the beginning !

Information and some details from Wikipedia and CNBC online. Some pix borrowed off the net (the still from The Martian is from Chip News); some from Sustenir’s website and a couple are by A Thomas. 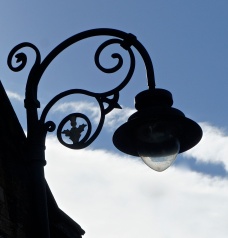 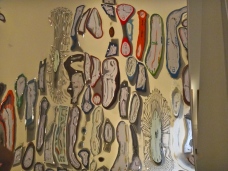 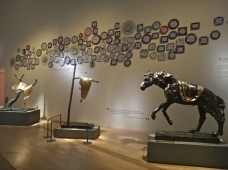 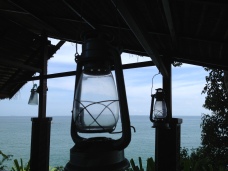 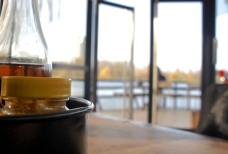 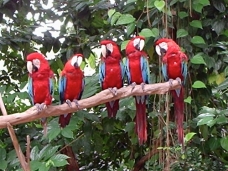 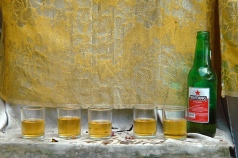 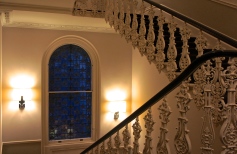 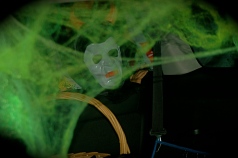 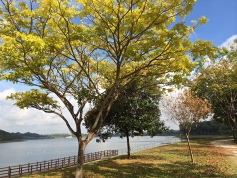 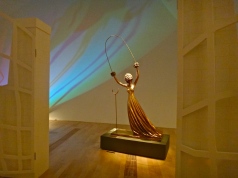 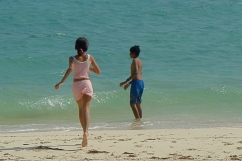 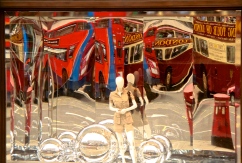